The assignment was to write a few paragraphs based on the opening sentence to an existing short story. There was no context given for the line, nor any indication of who wrote it.

There had been some discussion of death. Shelly had turned her nose up at the subject, though. Didn’t like dinner conversation to be so vulgar, she said. Mason thought her attitude was somewhere between pretentious and naïve.

He casually rolled the remains of their meal off the table. It landed with a thud on the tarpaulin sheet that he’d had the foresight to prepare. Mason liked efficiency. Eat and run, make cleanup easy. It kept the housekeeping minimal.

Shelly, meanwhile, between side-eyed glares in Mason’s direction, carefully collected their plates and silverware. She always used the good china for their infrequent meals. Lit candles. Set out the crystal wine glasses. She craved the romance they’d had early in their relationship, but familiarity breeds contempt.

And they were so very familiar with each other after this many years.

Mason used his toe to shove a gnawed leg back on to the plastic sheet. Shelly, in a rare moment of efficiency, wadded up the table linen and tossed it onto the remains before Mason folded the tarpaulin over the mess and grabbed a roll of duct tape from the mantle.

“Dinner was great tonight,” Mason said, lifting the torso of the corpse enough to wind the tape around it’s back. He let it drop back to the floor.

“I just wish you’d put in some effort. You didn’t even change clothes!” Shelly wasn’t looking at him. She was futilely dabbing at a spot on her white evening gown with a napkin. In the firelight, Mason could see her eyes shining. “Just once,” she said, abandoning the effort to scrub the blood from her dress. “Just once I’d like you to try to act like my husband again. Like when we were young.”

Mason sighed. “It was easier then,” he said. “We had more time back then. People cared less.” The tape made a zip as he bound the corpse’s feet. “We just can’t play these games anymore, Shelly. We can’t pretend that we’re normal. We don’t have that luxury anymore. Things have changed.” He stood up and licked something from his fingers before wiping his hands off on his jeans.

Shelly stared at him for a long moment. “They have, haven’t they?” A tear trailed its way down her cheek. She wiped it away with the back of her hand and turned toward the fireplace, shoulders hunched, arms crossed as though she were cold.

Mason hesitated. He hated to see her like this. She didn’t like change. He knew that he should be more sensitive to that.

He moved over to her, slid a hand over her bare shoulder, and drew her into an embrace. “Hey,” he said into her soft red hair. “I’m sorry. Next time… next time I promise I’ll make more of an effort. But we have to be more careful, Shel, or we’re going to get caught.”

She wrapped her arms around his midsection and nodded against his neck. “I know,” she let out a long breath. “Compromise is what makes marriage work.”

The doorbell chimed, and the two of them jumped.

Mason’s eyes went suddenly wide. “Fuck!” he hissed. “Fuck fuck fuck…” He rushed over to the body, struggling to hoist it onto his shoulders. The doorbell rang again.

“I’ll go deal with it,” Shelly said, wiping her eyes and straightening her gown. She strode over to Mason as he stood up, and gave him a quick kiss on the cheek. “Do I have anything in my teeth?”

This is a random workshop exercise from my creative writing class. We had a list of locations to choose from, and the assignment was to write a description of whichever one we picked. I chose ‘a polluted stream,’ and this is what popped out of my head.

The forest is beautiful today. The thin, high branches of the trees sway and rattle in a breeze which does not reach the forest floor. There, all is still, though not quiet. Birds chirp and flutter in the lower branches, their calls echoing faintly through the woods, each answering the other to signal all clear! No danger here!

Every so often, the birds are silenced by the distant crack of a limb snapping from a tree and falling to the ground. The shadows of the variegated leaves dance across the underbrush, dappling the soft layer of rotting vegetation with tiny pools of light, which the millipedes and pillbugs and ants and snails do their best to avoid. The light is where the birds can see them. They much prefer to hide in the musky carpet of plant matter, where it is safe and warm.

The line of demarcation between the peaceful woods and the Dead Place is obvious. It is an open, flowing wound across the landscape, gurgling slowly, slowly. As though the earth had cut its wrist, and now only the black heart-blood, stinking and coagulating in rapidly cooling rivulets, is left to fill the ragged and torn flesh.

There is no life, here. The birdsong and the canopy breeze do not reach past the stream. There is only the slow churning of this fetid outlet of the Styx, and ashes.

Ironically, the water at first appears surprisingly clear, save for the rainbow sheen which makes itself visible whenever the brown haze in the air above it clears enough for brief ray of sun to bravely make a tilt at its surface. The clarity is a deception; there are simply no motes of life, no molds, no algae. Nothing capable of clouding the flow. This trick is devastatingly effective. The bones of animals, curled in upon themselves in agony, litter the gray banks, half buried in muddy ashes. Even now, a deer tries desperately to raise itself after drinking from the acid brine. It staggers once, chokes, tries to heave the foul liquid out of its gut, then falls to its forelegs. Its head drops into the water with a muted splash as its remaining bulk collapses heavily on the bank. Its rear leg jerks, and then it is still, and the sluggish, oily brook folds in and around the corpse before moving on to devour more and more of the world.

The weapon that made this part of the world become necrotic sits on a rocky promontory above the stream. It is blocky and gray, featureless but for the pipes and stack, Stygian fumaroles belching smoke and fire into the air above, and bile into the stream below. Words once marked its flank, but those have long since been covered over by its own filth. Now, whatever infernal machinery lurks within it immense stone bulk hammers at its own forges, day after day, feeding itself on the life it’s taken, and sending the liquefied remains of its victims downhill in an ever-widening stream.

The forest is beautiful. But it is also smaller than it was yesterday. And the day before that.

It will be yet smaller tomorrow.

Anya did not stumble down the steps of the apartment building at six on Sunday morning. Nor did her feet lose their perch atop the stiletto heels she failed to shame herself for not changing out of. Neither did she hang her head in the morning light, and as a result her uncurled, hair was unable to hide her face, which was not displaying an acceptable amount of regret. Her shoulders stubbornly refused to stoop as she made her way unabashedly down the sidewalk, and her hands did not tremble or shake as they smoothed out the clothes that she had not changed from the previous night.

The apartment, of course, had not been hers. Neither was the bed within it, nor the occupant of that bed, who did not wake when Anya slipped out without a sound or apology. Anya never apologized; what was there to apologize for? She never did anything immoral or unethical. She was not that kind of woman.

When the doorman at her building held the door open for her, Anya didn’t bother to try and hide the satisfied smile that refused to leave her not unattractive face. His eyes followed her, his face issuing judgments that she would simply not accept. Anya did not submit to such pettiness from others. Anya did not submit at all.

Tonight, I prep for Monday’s session of my Burning Wheel campaign! Lots of talk about Beliefs, NPCs, and how to use them to get all the players tangled up in the situation. — Watch live at http://ift.tt/2lBFmG1

Still in the Amber Temple, we kill the same three flameskulls for the second and third times, and ended a stone golem. Milo barely doesn’t die. Fargrim remains unkillable. — Watch live at http://ift.tt/2lBFmG1

Being the 6th part of the journey of the Last Castoff through the Ninth World. — Watch live at http://ift.tt/2lBFmG1

Being the 5th part of the journey of the Last Castoff through the Ninth World. — Watch live at http://ift.tt/2lBFmG1

A young barbarian woman has killed a local farmer in self-defense. The mob demands justice, and the local ruler – Dominus Numerius Lurco – would happily shed her blood to placate the people.
Standing between them are the Dominus’ younger brother, Aldwin, a barbarian sorceress called Fianna, Yezzi the widow of the former ruler, and Colin, a priest with a shady past.

I blather on about the new Burning Wheel game I’m about to run on Sundays — Watch live at http://ift.tt/2lBFmG1

Being the fourth part of the journey of the Last Castoff through the Ninth World.

Today, we spent pretty much a whole hour with the Order of Truth. Also, lots of silly voices. Also also, a puzzle that I did not have the brainpower to solve tonight. — Watch live at http://ift.tt/2lBFmG1

Folks Who Say Things Worth Reading 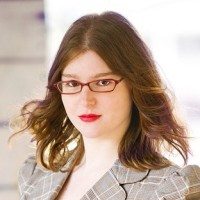 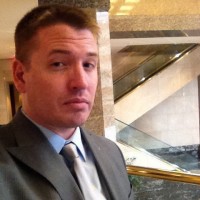 Where All Bad Kristins Go To Die

A blog with one purpose...

How to Make Worlds

Sewing, organization, and whatever sounds good at the moment

Tree is a Tree

Sometimes, the tree is just a tree.

In which I get my geek on.